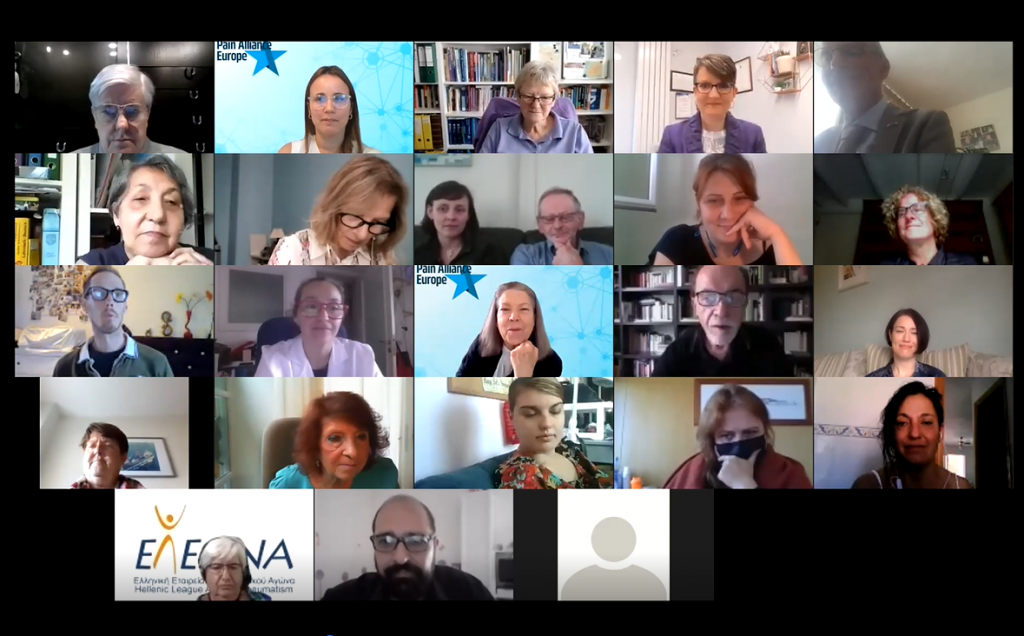 At this meeting we had to say goodbye to Joop van Griensven (Netherlands) who served as President of Pain Alliance Europe for almost a decade, as well as to Liisa Jutila (Finland), former PAE Vice President, and Viorica Cursaru (Romania), former Treasurer of PAE – all three are founding members of PAE. All three received a certificate in recognition of their commitment to improving the lives of people with chronic pain in Europe and to PAE itself.

We welcomed new faces and elected the new PAE President Deirdre Ryan (Ireland) and two new board members: Sonia Cottom (Scotland, UK) and Nadia Malliou (Greece). We are very happy to have them on the board.

During the meeting we talked about PAE activities, projects and collaborations and at the end of the meeting we had a special guest (Jamie Wilkinson – SIP project manager) who introduced our members to the work of SIP in more detail.

We thank all our members who attended this meeting and adapted so well to these virtual times.