The Value of Treatment 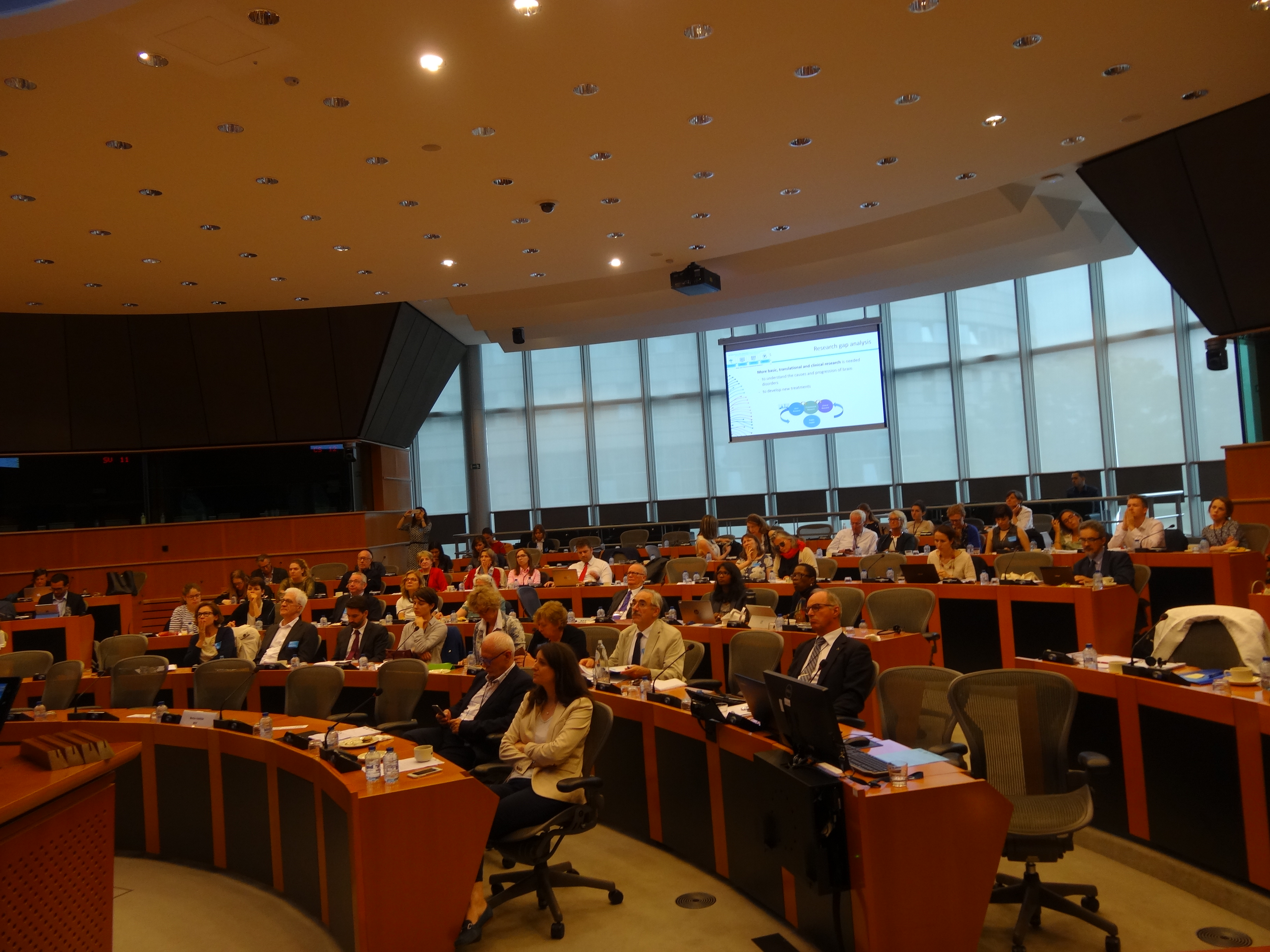 On the 12th of July,  Pain Alliance Europe members and representatives have been present at the meeting of the  MEP Interest Group on Brain Mind and Pain, in an action developed together with the Interest Group on Mental Health, Well-being, and Brain Disorders and in partnership with the European Brain Council.

The meeting was hosted by MEP Jana Žitňanská, MEP Michal Boni, and  MEP Marek Plura. MEP Nessa Childers and MEP Brian Hayes have been present to show their support for the event and had timely contributions to the discussions.

Paul Arteel, from GAMIAN-Europe chaired the first part of the meeting addressing the conclusions and recommendations from the European Brain Council’s Value of Treatment research project and White Paper. Prof. Patrice Boyer and MEP Michal Boni opened the meeting and introduced the panelists who presented case-studies in four disorders, presented from various stakeholder perspectives, to support the idea and value of early intervention and to discuss how EU will support the identified solutions.

The case-studies presented dealt with: The second part of the meeting explored possible next steps in the Value of Treatment project – the application of the developed methodology to other disease areas e.g. rare diseases or chronic pain, as well as a future focus on interventions such as rehabilitation. The guest speaker Stéphane Hogan, Head of Neuroscience in DG Research shared insights of his department related to research in the domain of neurology and in health in general.

The discussions at the end of the meeting raised questions about other categories of diseases not included in the project as well as questions raising the awareness of the present MEPs on the subject.