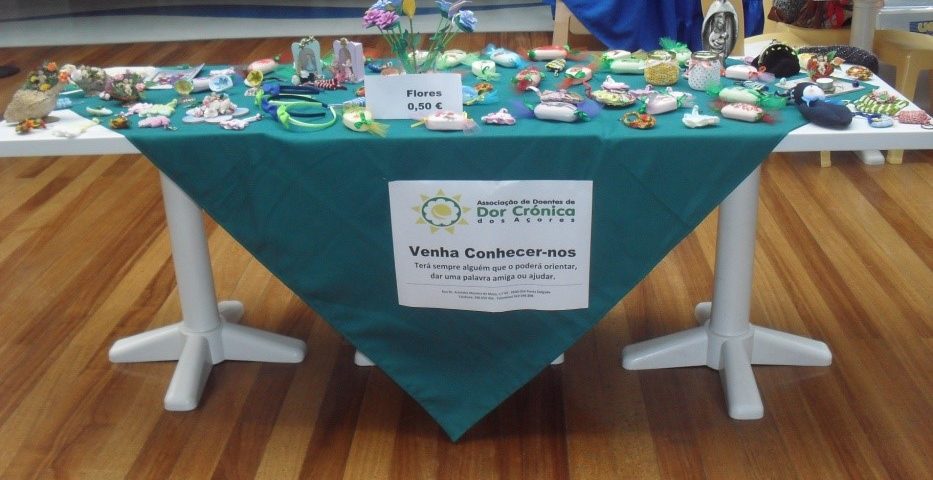 In Portugal, the month of October is, par excellence, the month in which we talk about Pain because it is celebrated the National Day against Pain and there is the international event of the «100 cities against Pain».

The city of Ponta Delgada celebrates this international day for the last four years, with the support of the City Mayor.

ADDCA also joined these commemorations and on the Day of One Hundred Cities went to the City Center and to the Divino Espírito Santo Hospital to publicize the Association and Chronic Pain.

Other activities during the last quarter of 2017 In the Christmas period, it´s usual for the Associations to organize a social gathering between the members and a fundraising market where the works offered and those that are elaborated in the occupation of the free time are exposed.