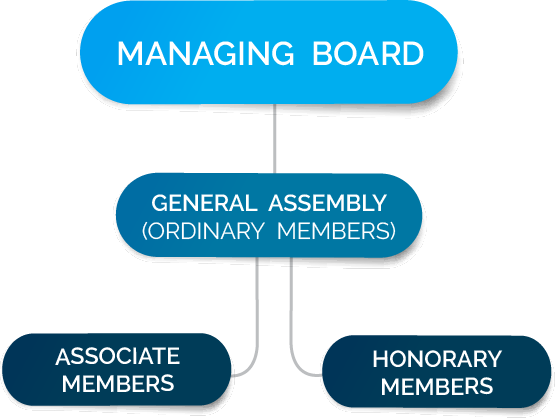 Pain Alliance Europe is represented and managed by a Board. The Board members are selected by majority vote in the General Assembly. Currently, these are:

PAE’s General Assembly possesses all powers to pursue the objectives of the association and is composed of ordinary members. They meet at least once a year.

The associated members and honour members may participate with a consultative vote.

The PAE’s Ethical code document has been approved during the General Assembly of the 23rd of June 2015. You can read and download it here: PA_Ethical code proposal_approved 2015.